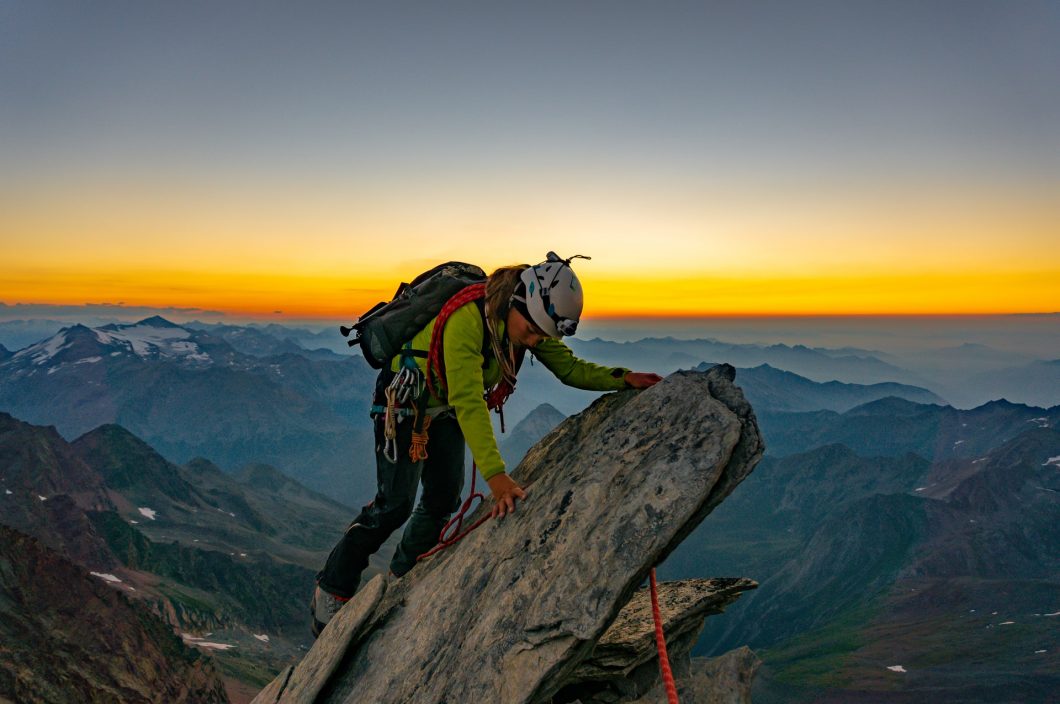 Again, I am super excited about today’s article, so excited, I almost didn’t need to make a steaming cup of coffee to write it (did you notice the almost? 😉 ) The reason I am so excited is that today you may remove barriers that keep you from your success that you didn’t even know that existed. And because it contains Boris Becker (a famous German tennis player). But more on that later.

So, what are these hidden barriers, and why are they important?

Hidden barriers have been studied over three decades by Dr. Gay Hendricks, an American  Professor, Coach, Psychologist, and New York Times bestselling author under the term “upper limit problem”. Gay describes the upper limit problem as an inner thermostat that holds us back from going to the next level of abundance in self-realization, love, or happiness.

One way upper limiting works is that we don’t allow ourselves to dream big, but instead limit ourselves in our imagination of what we can achieve and who we want to become. It’s like an imaginary cage built by our mind and socialization from early childhood. The good news is: we can get rid of these limits!

These are the four main hidden barriers that can be etched in our personality from a young age:

A good climber and friend of mine was suffering from the first type of hidden barrier. Since neither his parents nor anyone else in his family went to university, he never dared to go to university in spite of an inner calling and good grades. He simply felt inferior to “those academics”. Instead, he became a carpenter. When I met him, he complained about a nagging feeling that he was not reaching his full potential (and pay!) in his job. It took him many years to finally overcome his limiting belief. Later, he finished his evening studies to become managing director of a small construction company in Bavaria. Bravo!

Please take out your journal and reflect about:

Reflection 1: Do you think, you deserve to be successful? If yes, how successful? How does success look like for you?

It sounds simple but it’s a tough question.

Reflection 2: Imagine your family situation: would you need to break any unspoken rules or not meet the expectations of your family to get where you want to go? How would your future success be perceived by your family?

Why they are important:

Our hidden barriers are important for two reasons:

Walt Disney’s famous quote didn’t come from nowhere, instead, it is one main motif in his life. As a struggling cartoon artist with very little work, Walt created his own character of Mickey Mouse.  When no one was willing to publish his art, he founded the famous cartoon animation company that is now a multi-media empire.

Disney didn’t only dream big. He also pursued his dream against all odds. Today, Disney’s timeless characters and movies keep inspiring us all with stories of struggling heroes that finally achieve what they are fighting for through perseverance and against all difficulties.

The second way in which upper limiting works is self-sabotage. When we achieve a new level of success, financial freedom, or happiness in our relationship, we tend to sabotage ourselves in one area of our lives to set us back to the old level of happiness.

At first, I found this hard to believe. But then, many celebrities come to mind. Think for example of Boris Becker: after winning Wimbledon as the youngest tennis player in history, he fired his coach, the person who got him to tennis greatness, almost the moment when he was handed the trophy. The following year, Boris hardly entered Wimbledon before getting beaten by the 71st-ranked player.

Reflection 3: are you struggling to achieve a higher level of life quality because of setbacks when you achieve something great? For example, an argument with your partner after a big promotion? If so, you might be upper limiting.

You may have none or even multiple of these unconscious inner barriers that typically do not appear until we know of their existence and start to shine a light on them. I hope that you find your inner barriers to feel more liberated and to pursue exactly what you want and become your future self.

Now, thank yourself for taking the time to invest in yourself. Now is the time to design your life.

Have a wonderful day,

PS: please share any insights and breakthroughs that you are getting through this training. Your achievements are my motivation. Thank you.

PPS: in the next email we are going Alpine (yeehaa!), searching for your inner peaks.

Ben Hardy (2020): 4 Quotes that will make you take your life more seriously

We use cookies on our website to give you the most relevant experience by remembering your preferences and repeat visits. By clicking “Accept All”, you consent to the use of ALL the cookies. However, you may visit "Cookie Settings" to provide a controlled consent.
Cookie SettingsAccept All
Manage consent

This website uses cookies to improve your experience while you navigate through the website. Out of these, the cookies that are categorized as necessary are stored on your browser as they are essential for the working of basic functionalities of the website. We also use third-party cookies that help us analyze and understand how you use this website. These cookies will be stored in your browser only with your consent. You also have the option to opt-out of these cookies. But opting out of some of these cookies may affect your browsing experience.
Necessary Always Enabled
Necessary cookies are absolutely essential for the website to function properly. These cookies ensure basic functionalities and security features of the website, anonymously.
Functional
Functional cookies help to perform certain functionalities like sharing the content of the website on social media platforms, collect feedbacks, and other third-party features.
Performance
Performance cookies are used to understand and analyze the key performance indexes of the website which helps in delivering a better user experience for the visitors.
Analytics
Analytical cookies are used to understand how visitors interact with the website. These cookies help provide information on metrics the number of visitors, bounce rate, traffic source, etc.
Advertisement
Advertisement cookies are used to provide visitors with relevant ads and marketing campaigns. These cookies track visitors across websites and collect information to provide customized ads.
Others
Other uncategorized cookies are those that are being analyzed and have not been classified into a category as yet.
SAVE & ACCEPT